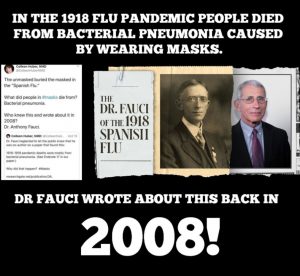 How does coronavirus compare to seasonal flu? That’s the question a lot of people are asking.

The Spanish flu remains the most deadly flu pandemic to date by a long shot, having killed an estimated 1% to 3% of the world’s population.

The most recent comparable flu pandemic occurred in 2009 to 2010, after a new form of the H1N1 influenza strain appeared. The disease was named the “swine flu” because the virus that causes it is similar to one found in pigs (not because the virus came from pigs).

The swine flu caused respiratory illnesses that killed an estimated 151,700-575,400 people worldwide in the first year, according to the Centers for Disease Prevention and Control. That was about 0.001% to 0.007% of the world’s population, so this pandemic was much less impactful than the 1918 Spanish flu pandemic. So many of us are already aware of this.

Back then so many were offered similar advice about how to avoid getting infected. They were advised not to shake hands with others, to stay indoors, to avoid touching library books and to wear masks ? , schools and theaters closed and if I remember reading I’m sure there was a Sanitary Code amendment that made spitting in the streets illegal. Which is a filthy habit anyway…

If the Pandemic Thinking Was Applied To Everything