What to expect of the near future? 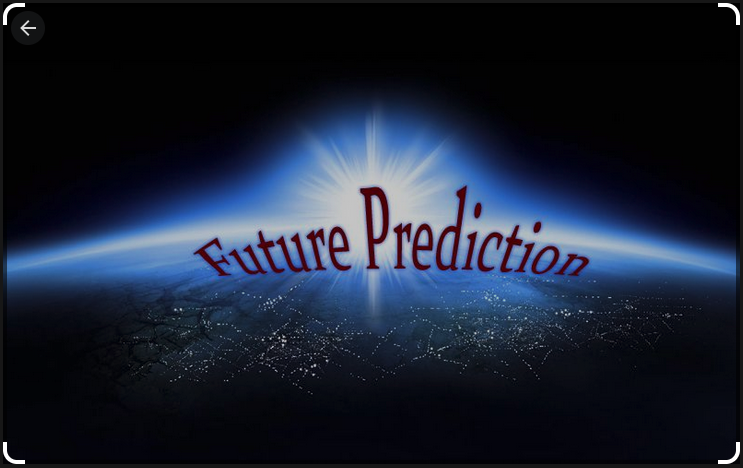 What to expect of the near future?

Many strange things are happening nowadays. I read about eradication of people, satanic plans, etc. But I think that what is happening now is the execution of a planned change of the economy fundaments. A change of the market, consumption-based capitalist economy cannot happen naturally. It needs a trigger and heavy effort to take it out of its normal path. This is what I think is happening now.

The western countries led by the US (who all have market, consumption-based economies) need to change their economy simply because their current economy model is doomed to fail. They have a resource wasting economy, i.e., a consumption-based capitalism driven by over production and over consumption and therefore waste of resources in order to ensure growth. This economy needs constant inflow of more and more resources and more and more new markets to consume the production. But both resources and new markets are getting  scarcer by the day. And thus getting richer and developing faster than the rest of the world through this economic model has reached its end. This model is not sustainable when the resources become scarce, expensive and not in their control. The west has to pay for these resources more and more money and their growth is not any more sustainable, even worse their competitors who have the resources get richer while western growth is suppressed due to the high resource prices and scarce new markets.

What the west is trying now is to escape from this pattern of resource and consumption-based capitalism. There are many things that need to happen for this change to take place and i still do not know  all of them. But obviously one is to put resource consumption at the minimum need for the society and still stimulate development in some way (otherwise society comes to stagnation and at some point to decay).

How to reduce energy consumption? Less travel for one – covid learned us to work from home and travel less. The madness at the airports these weeks is also a way to push people to travel less. High ticket prices are another way. People need to stay at home and work from home to limit use of petrol, kerosine, electricity. They need to learn to use less energy (by the way that is why bitcoin has to disappear – its model simply consumes too much energy, so I predict dark future for mining cryptos in the west, but may it may be not that bad for pre-mined cryptos and digital currencies as they save energy).

Then the food. How to limit wasting of food and thus resources? I think they plan to leave as much food resources enough to barely feed its population. That is why they kill farming in the NL and US and probably will start in other countries. Enough to live but not over produce and all produced needs to be consumed (and not thrown away). Such steps will make resource consumption minimal and make them less dependent from outside economies with which they compete and from which they import resources.

The strategy for other resources will be similar.

Most probably money will lose their value in the western world as resources will be distributed in other ways and not with money. For example you might get a salary of 1000 resources. Meat may cost 3 resources as it needs energy and water to produce. The currency may stay the same but the pricing model will change. This is just one way to approach money in the new model. But the goal is anyway to minimize resource usage and to rely on technology developments to compensate for the lack of resources.

This is how i think they want to continue their path to keep them apart from the rest from the world and in their words to keep them leaders in this technological world. Whether they can do this and if this will make them a better place is unsure but it will keep them still as a separate entity. There are many science fiction books where two worlds with different philosophies compete – high technology vs nature balanced life.

What does this mean for you? That if you are from a western world you will have to learn to live with much less resources. And as people are spoiled of wasting resources in this world for more than 60 years this transition will be very difficult, painful and requiring sacrifices from many people. Most people have no idea how many resources they use every day and now they will face this fact. The war in Ukraine in this sense is a very nice excuse for the politicians to explain the changes and the pain the people will experience. As the change will not happen over day, the war will have to continue as an excuse. Other conflicts may emerge in the meantime to further strengthen the narrative.

The role of the far east in this picture Is for me unclear. Japan and South Korea will probably join this world and Australia and some other countries will be the resource providers that will be still needed in this world. Where will China choose to go is still unclear to me. Their national culture would imply the non-technical world but it seems that there are strong movements to take China in the technology word. They will have to choose and this may lead to some serious tremors there.

WHO Announces Mass Production of Technology to Detect Unvaccinated People!

UK: The “Absolute Zero” timeline or the COVID future of ours!

This is the New World Order – by the book!