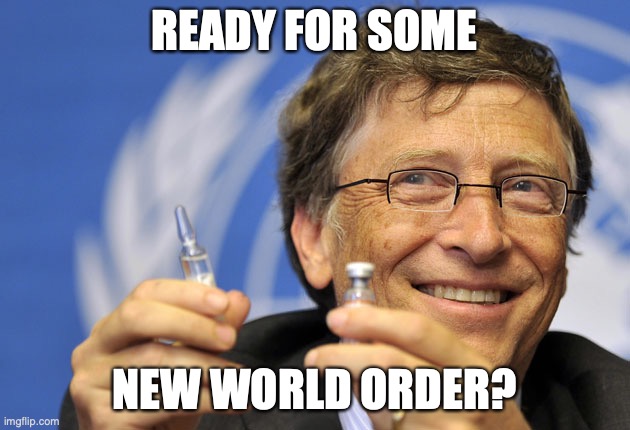 According to CBS News:

A third dose of coronavirus vaccine may be needed to prevent serious cases of new variants of the disease, Bill Gates said Tuesday. The billionaire philanthropist’s comments come amid to the growing concern that current vaccines are less effective against the South African and Brazilian variants.

“The discussion now is do we just need to get a super high coverage of the current vaccine, or do we need a third dose that’s just the same, or do we need a modified vaccine?” Gates told “CBS Evening News” anchor and managing editor Norah O’Donnell.

“All five of the companies that have U.S. vaccines are looking at making that modification and adding that in so that people who’ve already had two shots might need to get a third shot,” he said. “I think it’s reasonably likely that we will have a tuned vaccine just to make absolutely sure that as these variants hit the U.S. that they’re not escaping from vaccine protection.”

Soooo … hier comes the shot with the actual human modification? Or is this just the next one in the row? As more variants of the virus are going to come we may need the fourth, fifth and so on shots, right?

All I see now is how they gradually, step by step, constantly changing the goal and the target, are moving the humanity to their ultimate goal: The New World Order!

Do not get deceived, every time they promise you that:

If you just take one extra small step then you will be back to normal, they are lying!