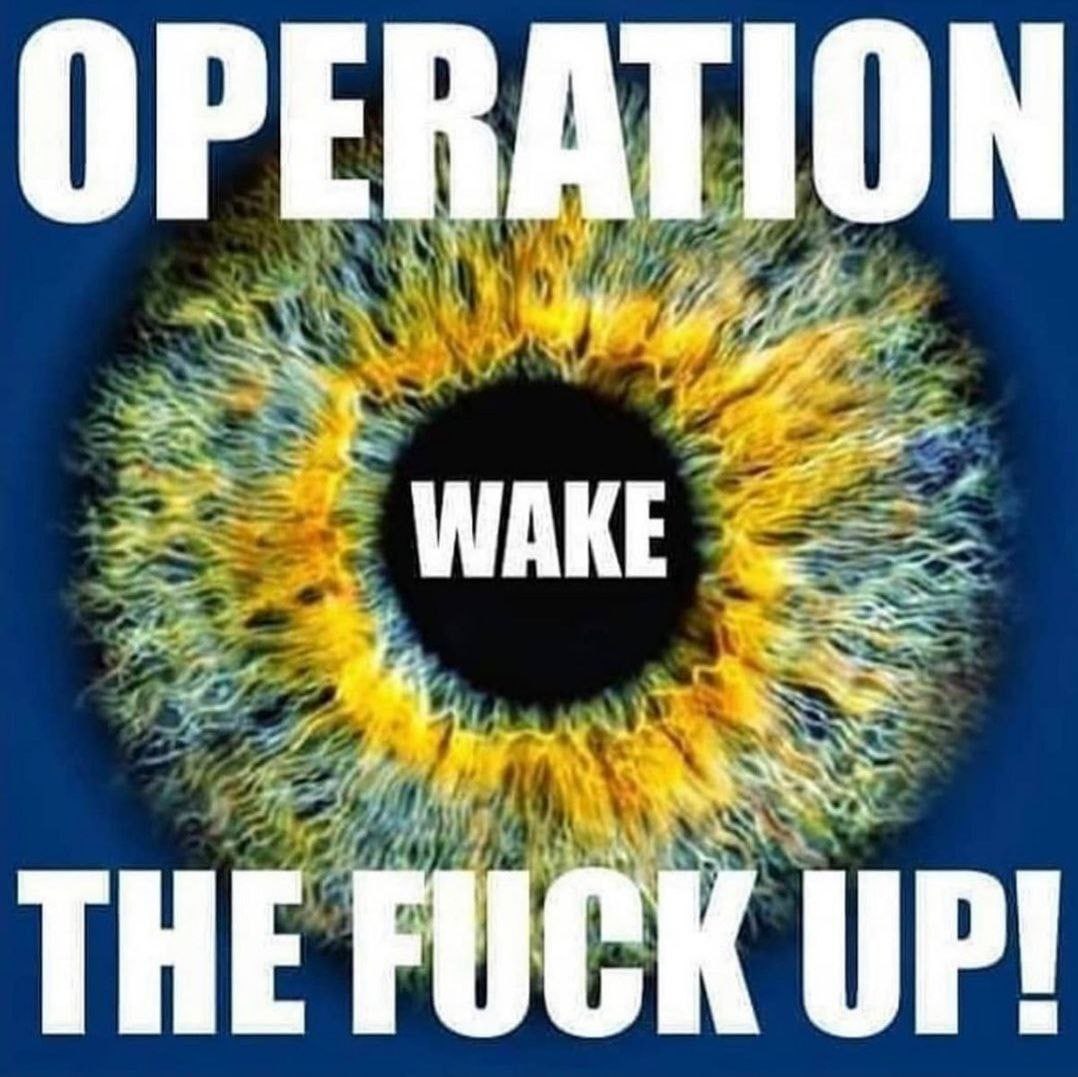 ALL of the “footage” being used to showcase the horrifying “convid deaths in the street” comes from news coverage of a gas leak that occurred almost a year ago, in May 2020. 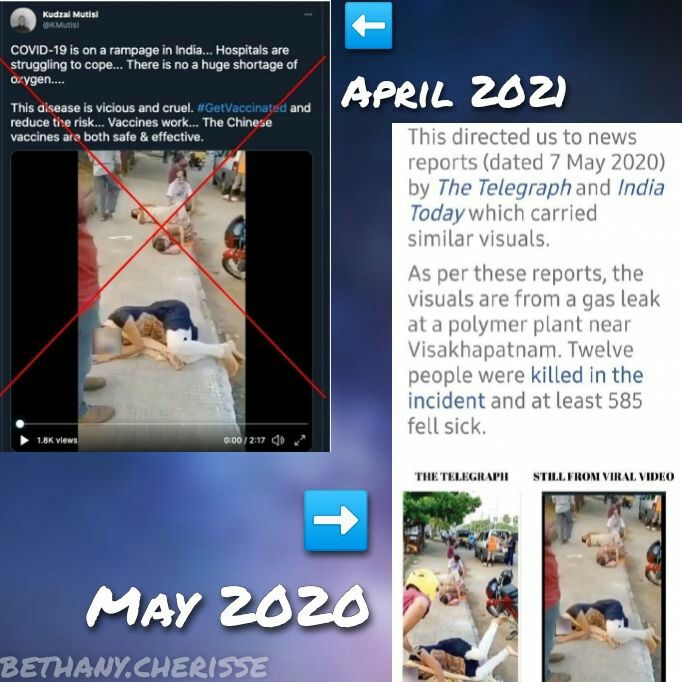 No one is actually dropping dead in the street. Not only that, reports and evidence is surfacing regarding the actual death toll. 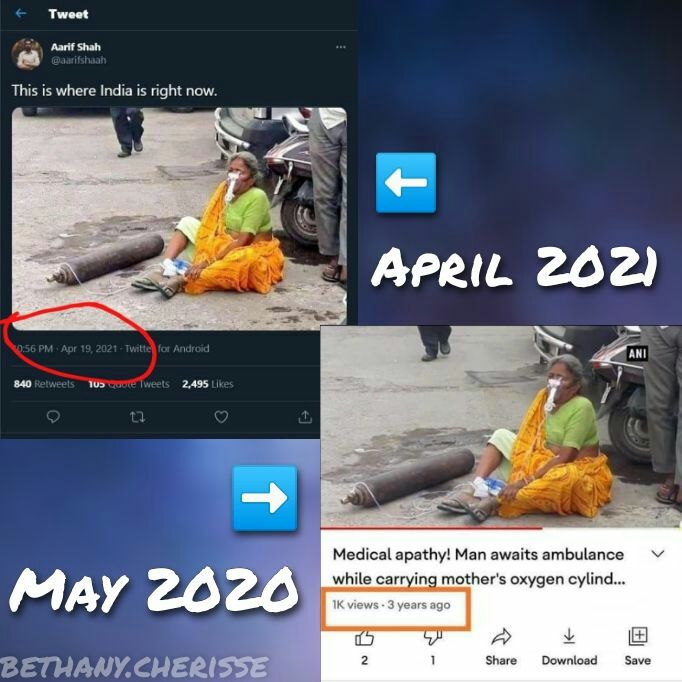 These show that they are primarily caused by two factors, neither of which has anything to do with a magical “deadly new strain”. 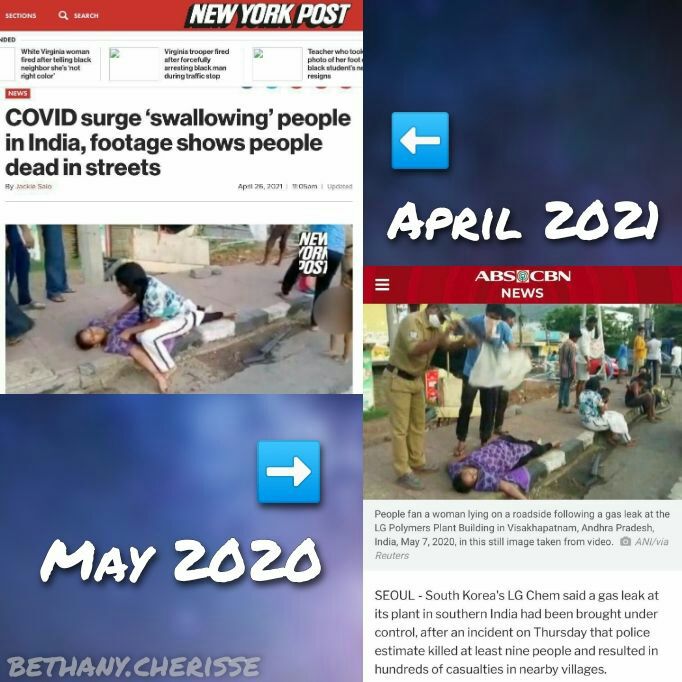 The first is that 138 million people in India have now been vaccinated, and many of them are dropping within days of being vaccinated. 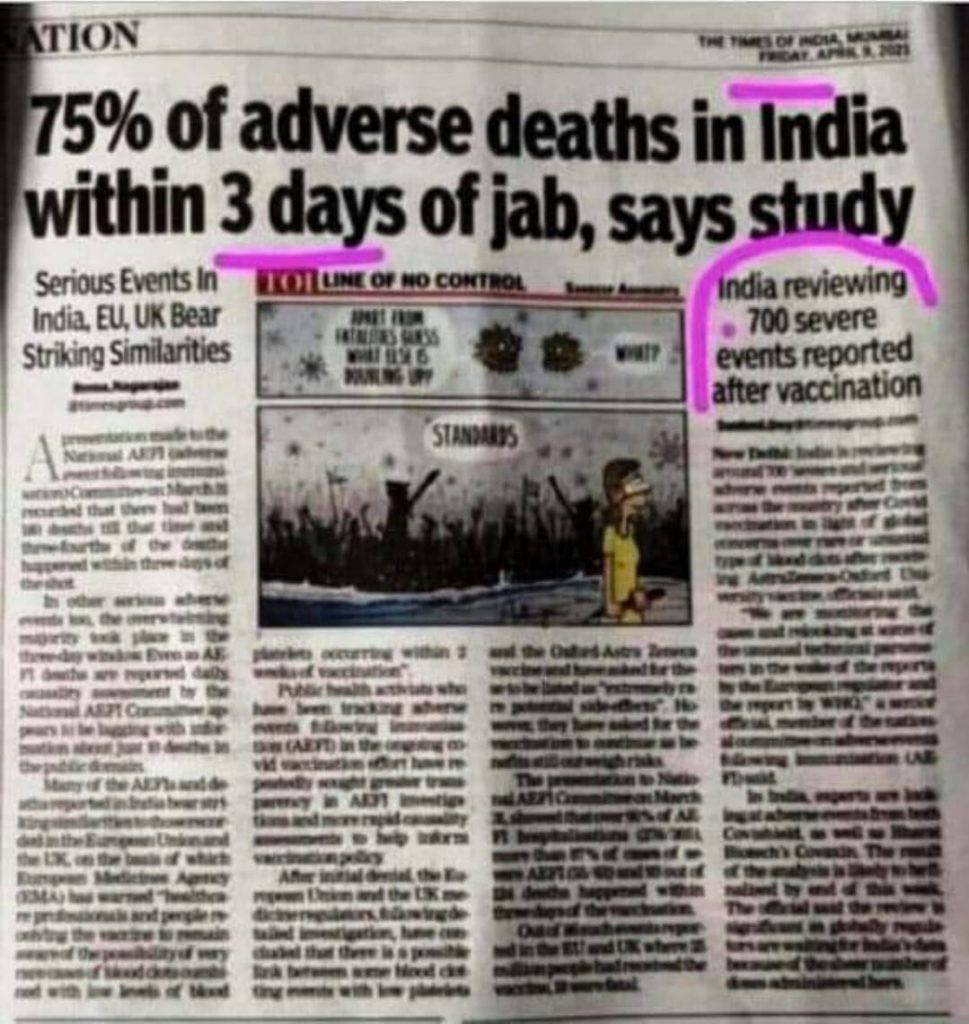 The media and global governments are simply claiming it is a “new mutant vaccine resistant strain”. Yeah bullshit. 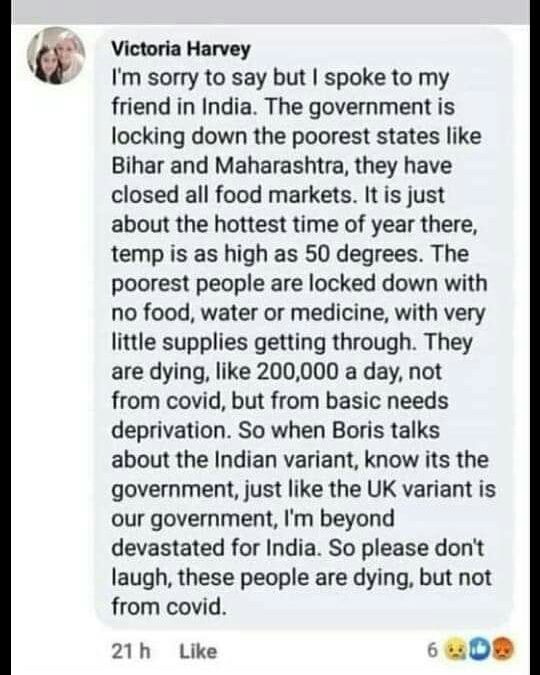 The second factor is the harsh lockdowns being implemented, which are causing people to die from starvation and deprivation of other basic needs. 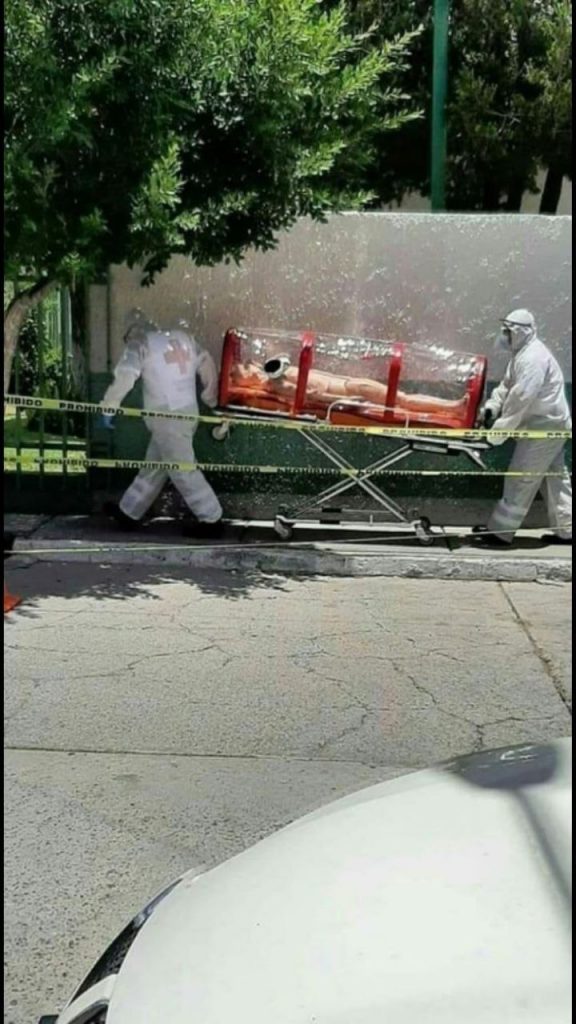 NONE OF THEM are dying from the “convid”. Your government and your media, are lying to your faces.