Klaus Schwab and his Minions 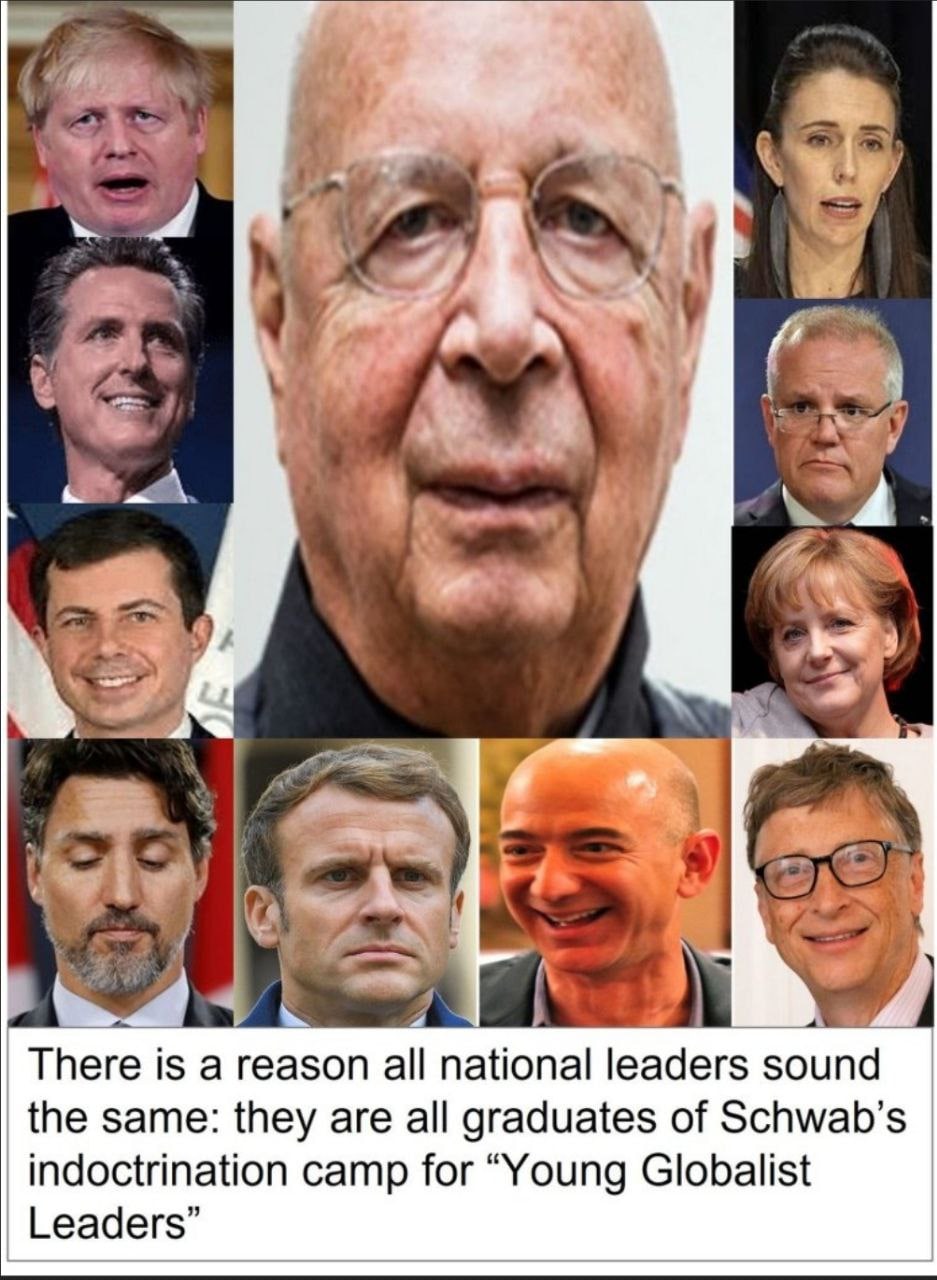 Klaus Schwab and his Minions

In 1992 Schwab established the Global Leaders for Tomorrow school, which was re-established as Young Global Leaders in 2004. Members of the school’s very first class in 1992 already included many who went on to become important liberal political figures, such as Angela Merkel, Nicolas Sarkozy, and Tony Blair….

Other notable names on the school’s roster are Jacinda Ardern, Emmanuel Macron, the President of France; But the school’s list of alumni is not limited to political leaders. We also find many of the captains of private industry there, including Microsoft’s Bill Gates, Amazon’s Jeff Bezos, Virgin’s Richard Branson, and the Clinton Foundation’s Chelsea Clinton.

Again, all of them expressed support for the global response to the pandemic, and many reaped considerable profits as a result of the measures.

KLAUS SCHWAB AND HIS FASCIST RESET AGENDA (The Great Reset)