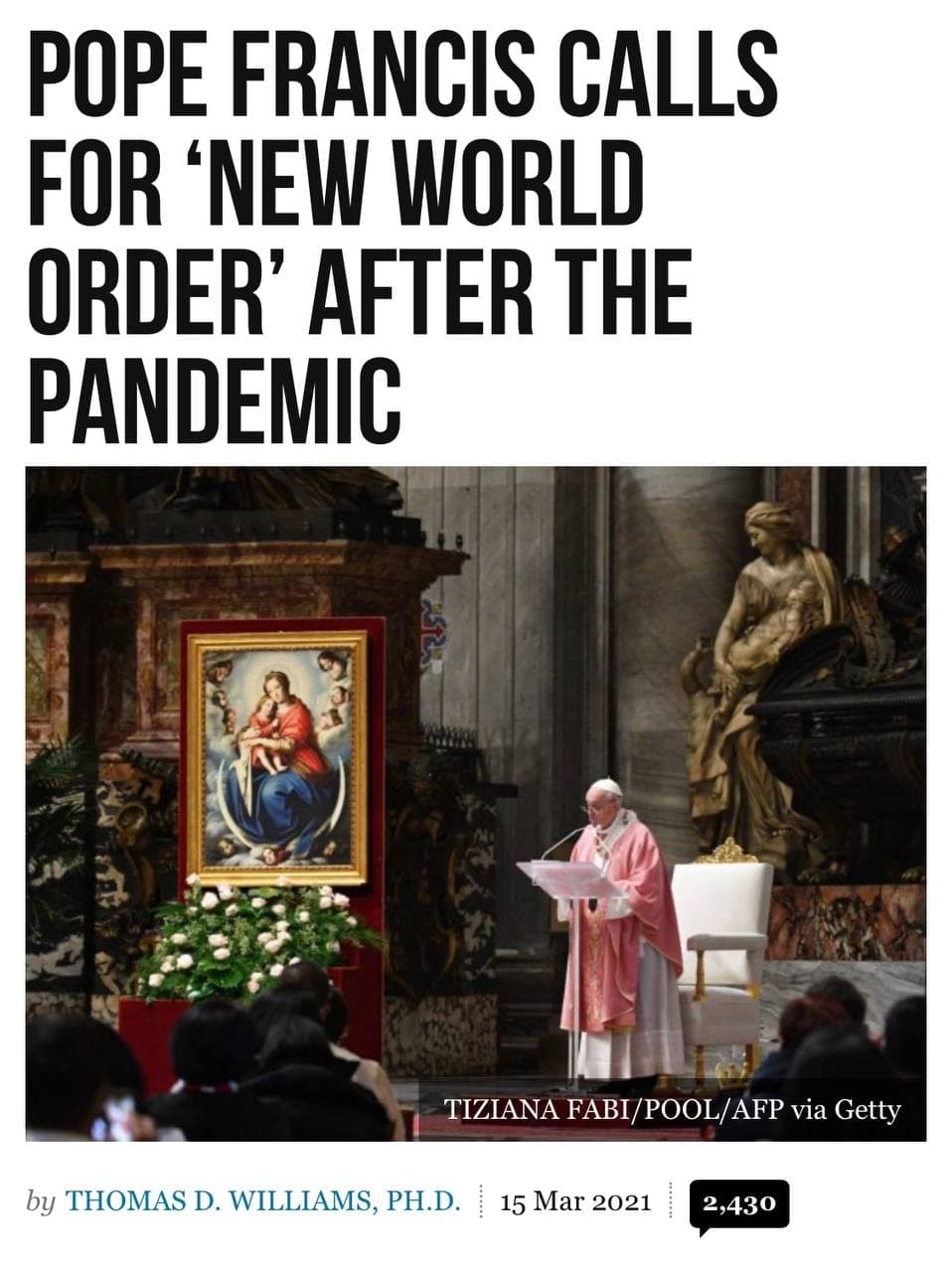 This will be backed with related information, buckle-up people!

Firstly, Pope Fracis officially calls for the New World Order, according to The Catholic Culture:

One of the long-standing goals of the Masonic New World Order seems finally within grasp: its one-world church, in the making for over 150 years, is about to become institutionalized as the United Religions Organization—the UR. Collaborating on the details are Bishop William Swing of the Episcopal Diocese of California, the Communist Gorbachev Foundation/USA, and certain leaders of the Catholic Church, working through the interreligious organization known as the World Conference on Religion and Peace.

Plans for the formation of the UR were first revealed by Bishop Swing at the syncretic service held to commemorate the fiftieth anniversary of the signing of the United Nations Charter. Attending the service in San Francisco’s Grace Episcopal Cathedral on June 25, 1995, were representatives of all religions as well as political and spiritual luminaries like Princess Margaret of Britain, Anglican Archbishop Desmond Tutu of South Africa, then President Lech Walesa of Poland and UN Secretary-General Boutros Boutros-Ghali.

Vatican is fully in the game, they plan to be at the core of the new global religion that will be emerging in the coming years.

Secondly, according to Reuters, The White House has been reaching out to social media companies including Facebook, Twitter and Alphabet Inc’s Google about clamping down on COVID misinformation and getting their help to stop it from going viral:

“Disinformation that causes vaccine hesitancy is going to be a huge obstacle to getting everyone vaccinated and there are no larger players in that than the social media platforms,” said the source, who has direct knowledge of the White House’s efforts.

The Biden White House is especially trying to make sure such material “does not start trending on such platforms and become a broader movement,” the source said.