Did you ever wonder why they want genderless society? 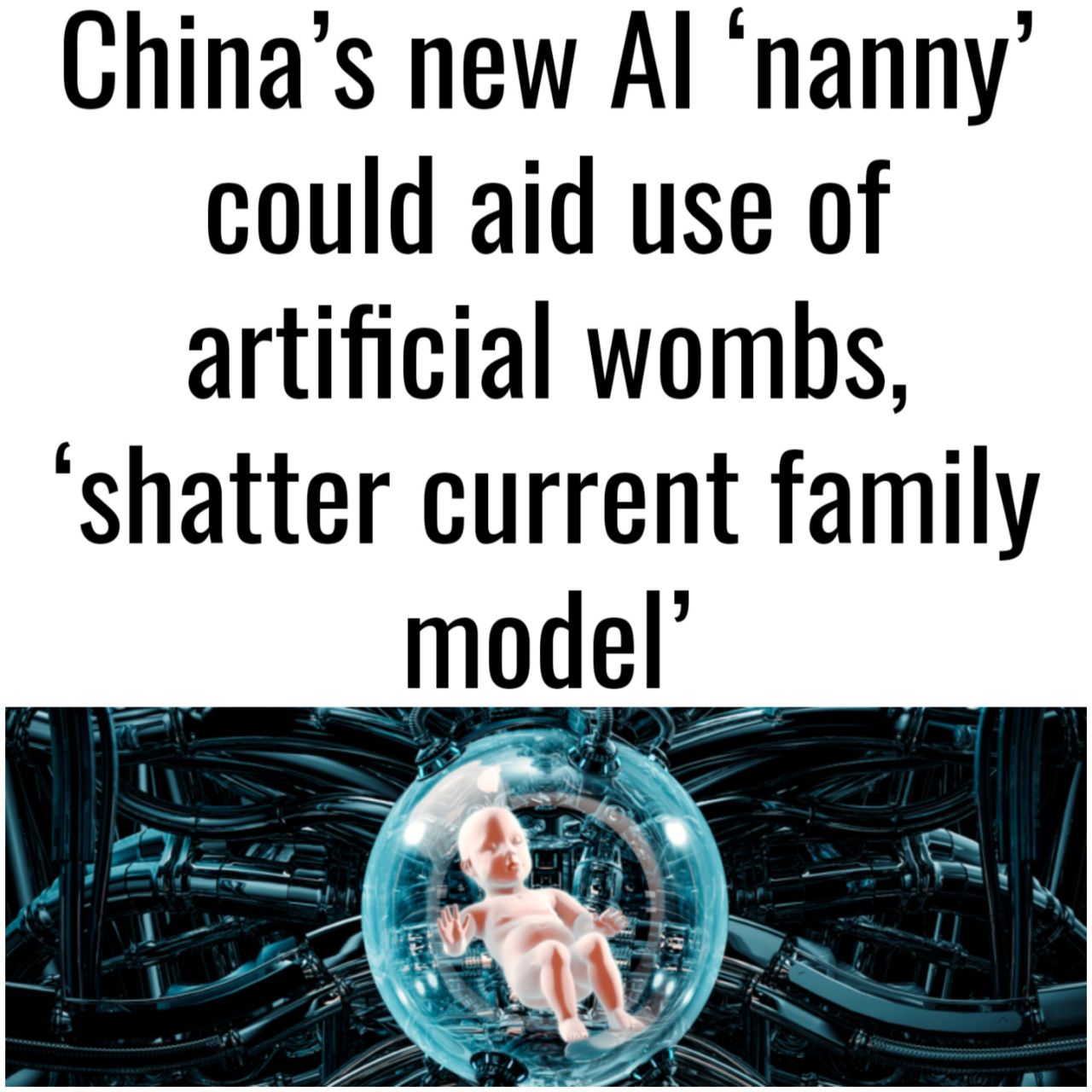 Did you ever wonder why they want genderless society?

Artificial intelligence that cares for life in artificial wombs has not yet been applied to humans. But some are already backing the use of imitation wombs to fight dwindling birth rates.

Gee, I do wonder why they keep speaking of “dwindling birth rates”🤪

‘While the AI “nanny” technology is now being used to assist with the care of animal embryos in artificial wombs, the research team spearheading the technology proposed that it could help solve “birth defects and other major reproductive health problems” in humans,

The Chinese researchers hailed the ability of the robot to identify and even “learn from” developments that humans wouldn’t notice or be able to address, speculating that this ability could accelerate the use of artificial wombs.

Such research would help solve “mysteries about the physiology” of human embryonic development, including about the “origin of life,” according to the South China Morning Post (SCMP).

WHO Announces Mass Production of Technology to Detect Unvaccinated People!