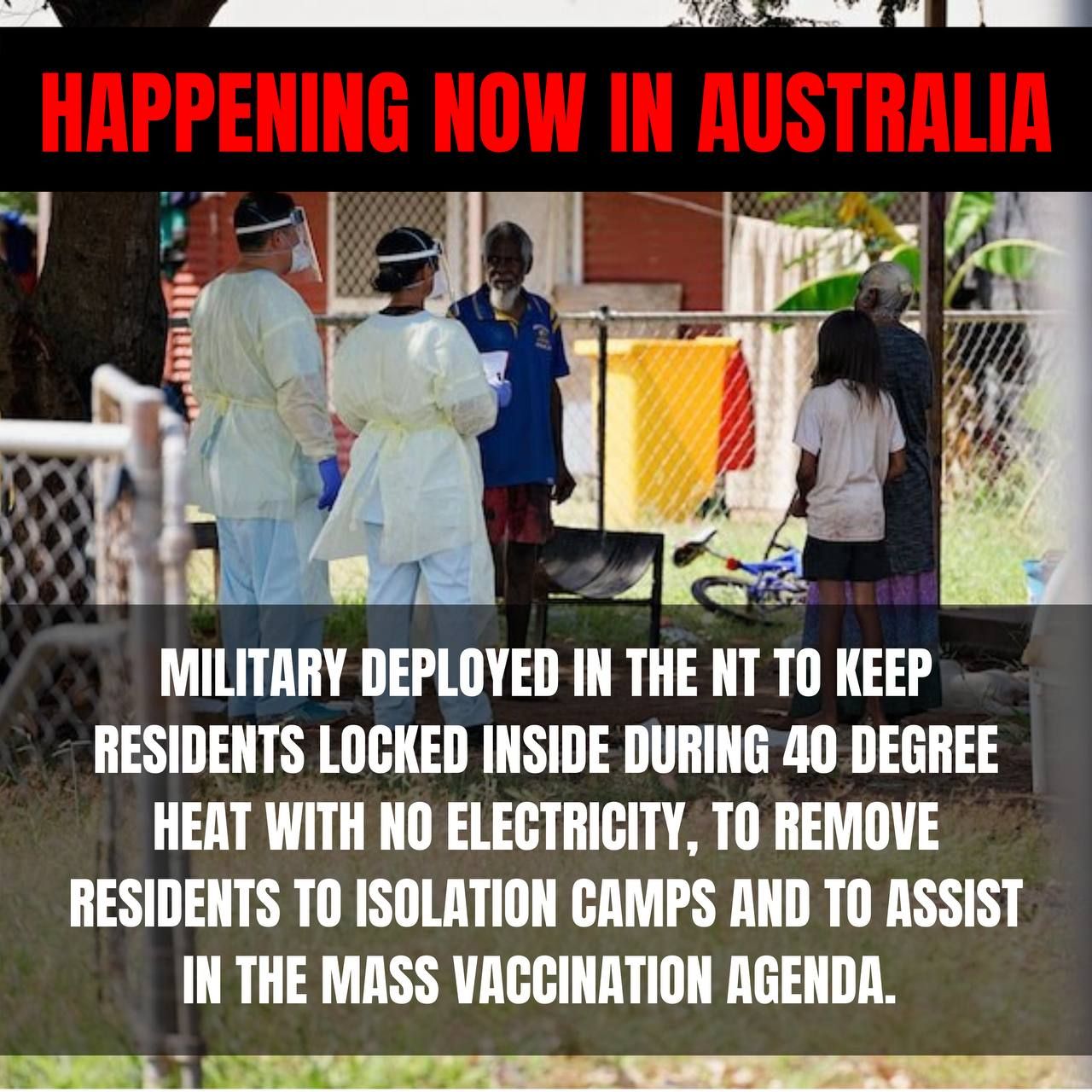 Communities in the NT are being forced into the most extreme lockdown we’ve seen in Australia over 9 CASES.

The military have been deployed to give out rations while families are forced to survive in 40 degree heat trapped inside with electricity cut and as mass vaccinations happen. They are also identifying people to remove them to camps. This tyranny is said to remain for these communities for the next 2 weeks.

Once upon a time there would have been an uproar. Today, Australians have allowed themselves to become desensitised, simply thinking, “that’s sad, glad it’s not impacting me”…

Either they will finally have enough and actually stand up. Or Australia will be lost to the world communist regime.

When is it enough, Australia?

Australia submits to the World Economic Forum’s Great Reset, there is no hope left!