Here are some facts about influenza in the Netherlands in 2017-2018: 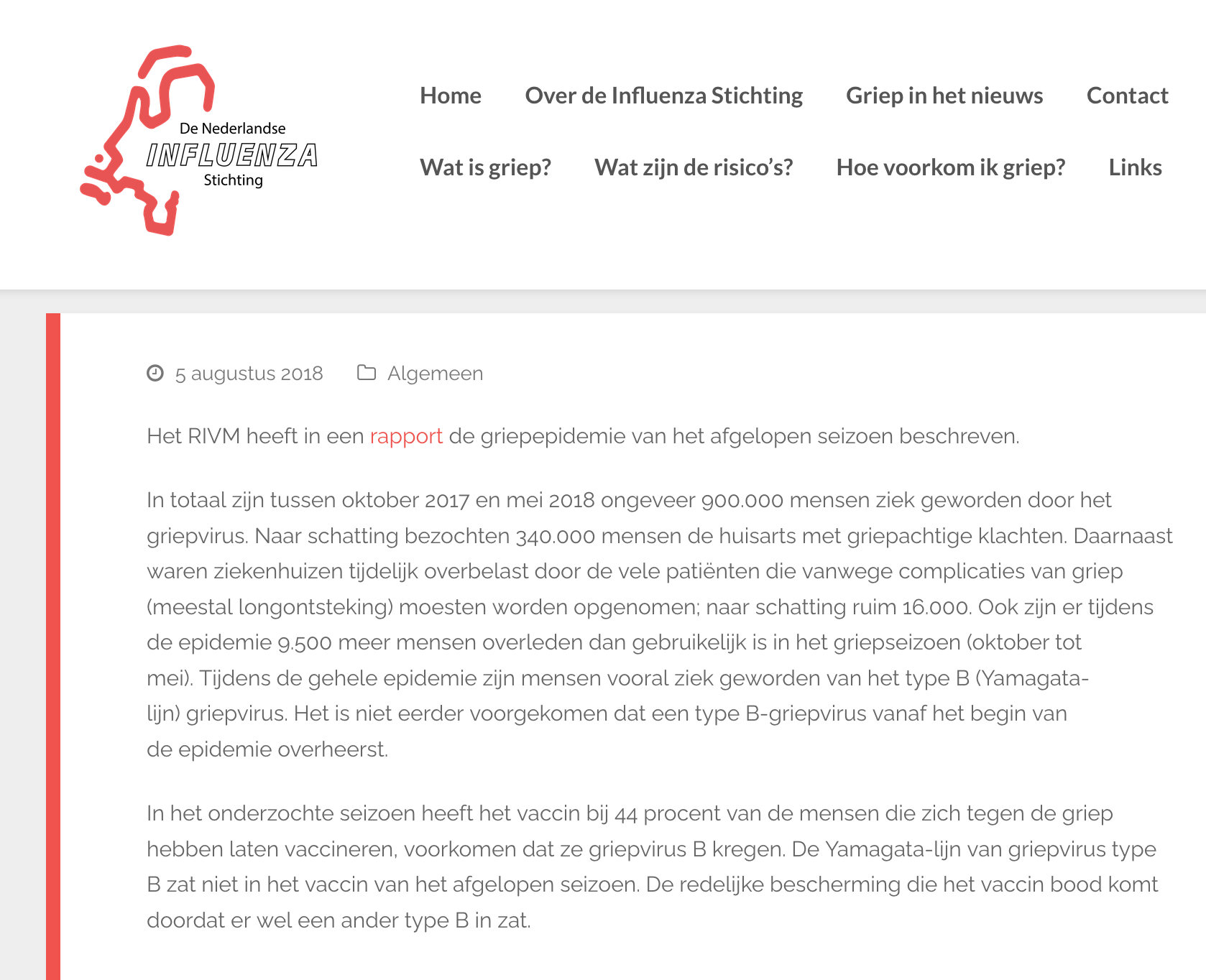 This in spite of us knowing the virus well, and having effective vaccinations for it.

If vaccinations help, the natural IFR would have been up to 50% higher.

Therefore a bad flu season has a natural IFR which is greater than 1.1% according to the official statistics and best estimates.

This is 6 times higher than the best available estimates for the current SARS-COV-2 virus.