🇹🇿 TANZANIAN PRESIDENT HAS DIED POSSIBLY MURDERED BY THE NWO! 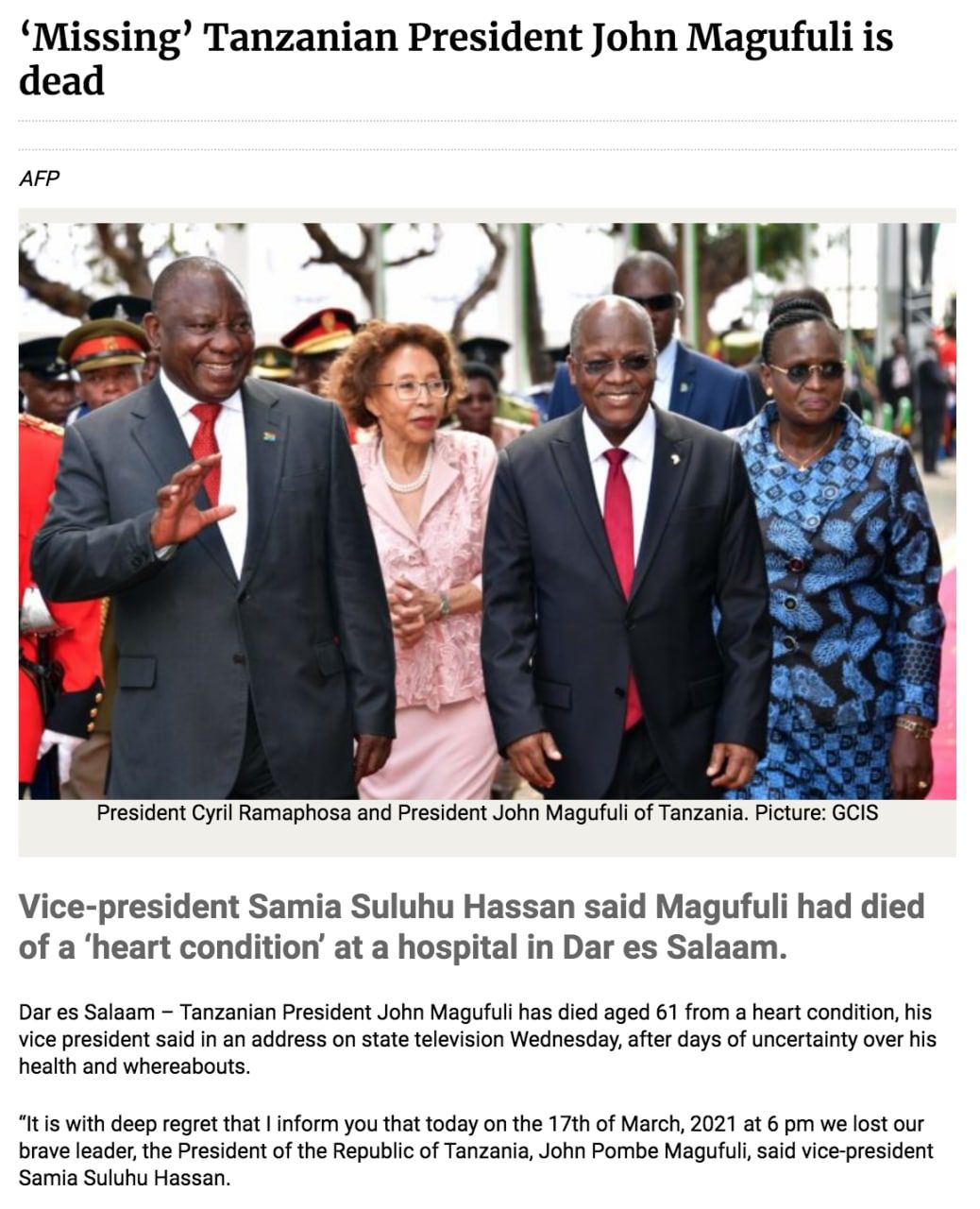 🇹🇿 TANZANIAN PRESIDENT HAS DIED POSSIBLY MURDERED BY THE NWO!

President John Magufuli of Tanzania went missing a few days ago and now the fake news mainstream media is saying he died from covid-19.

He was the only world leader who fully exposed the entire pandemic.

His security team advised him early last year to check the quality of the PCR tests. They sent in tests to a lab from a goat, a bird, a durian, and a papaya. The tests had real names and all came back positive. He then stopped all testing March 2019 and exposed this to the world in a speech.

He was also very against wearing masks and told people in Tanzania not to wear them.

He then opened up Tanzania for travel without PCR tests or quarantine measures. He went against the vaccine agenda and didn’t have plans on poisoning his citizens.

…Was He Heart Attacked By A New World Order Hit Squad? 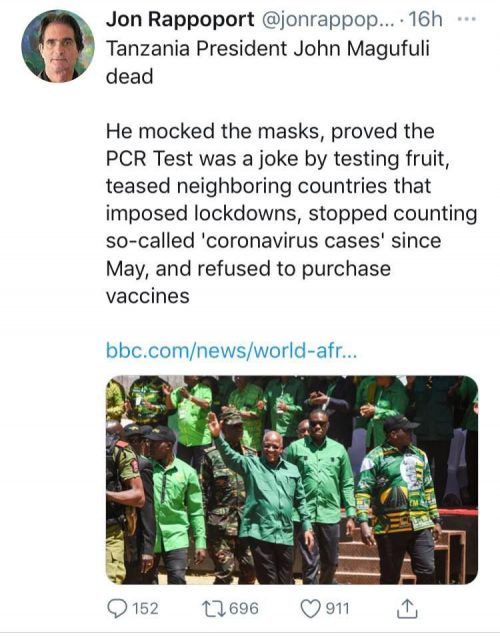 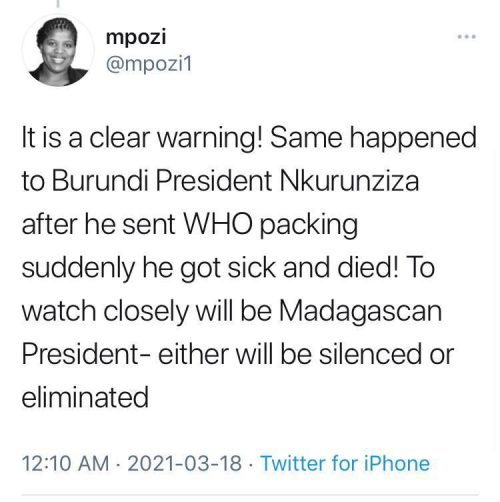 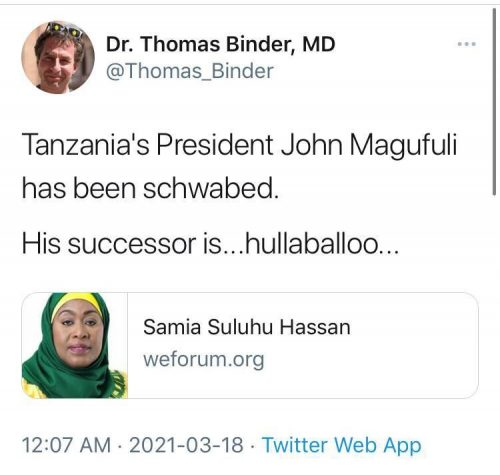 The new Tanzanian president: Samia Suluhu Hassan and her assistants are now all wearing masks! 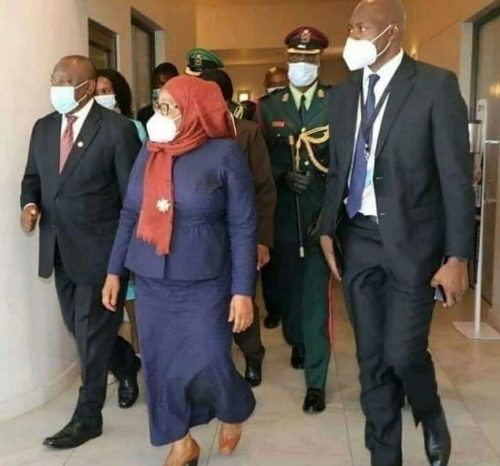 And you know what else is interesting? That shameless woman is also part of the World Economic Forum elite club! 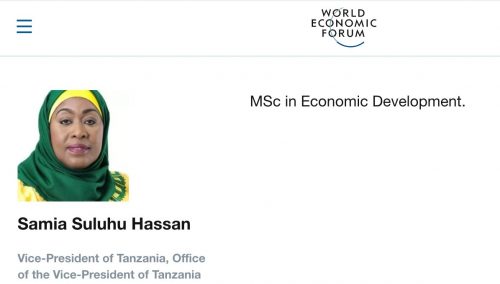 And our friend Tedros is already congratulating her and I am telling new, from now on there will be COVID in Tanzania as well and the waves will start rising and falling like in the other countries following this scam. 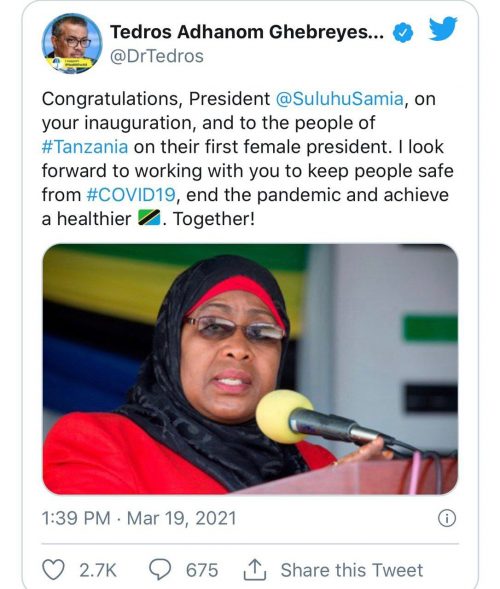 Last but not least listen to the wise man’s video: